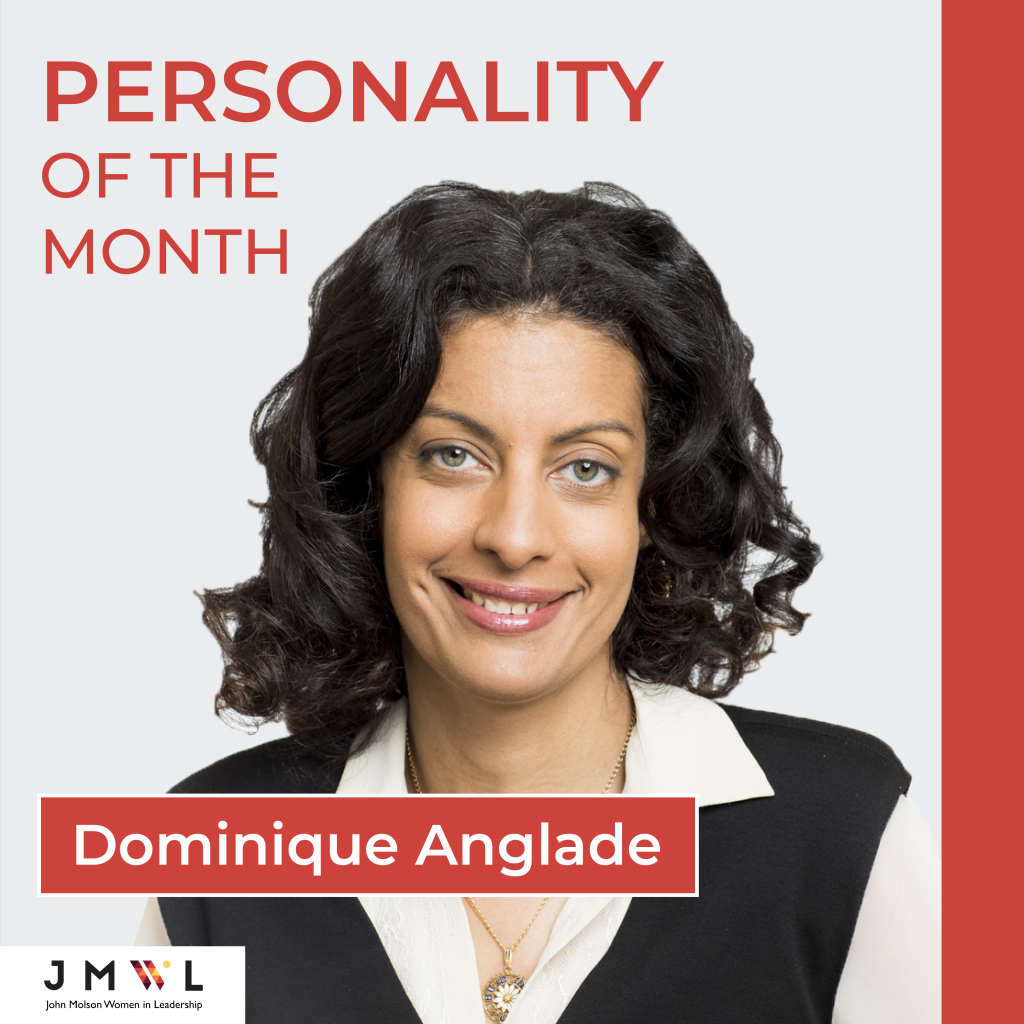 Welcome back to our #PersonalityOfTheMonth! This month, we celebrate Dominique Anglade, a successful businesswoman and the first Haitian woman elected into the Quebec Parliament!

From the very beginning of her professional career, Anglade has accomplished many milestones. After completing a bachelor’s degree in industrial engineering and a master’s degree in business administration, Anglade was hired as a manager at Procter & Gamble for two years and was eventually promoted to be a department manager. She then was appointed senior manager for three years, and director of public and external affairs for Quebec at Nortel Networks. Anglade pursued her career at McKinsey as a consultant for seven years and eventually was named President and CEO of Montreal International.

Throughout her very successful career, Anglade has remained active in her community. She has been on the board of more than fifteen organizations such as Centraide, Fondation de l’Hôpital Sainte-Justine, and the Young Chamber of Commerce of Montreal. She is also the co-founder of KANPE, an organization that we highlighted last November during our Personality of the Month on Stephan Brutus. KANPE supports individuals living in extreme poverty in Haiti and puts great emphasis on working with women and empowering their communities.

She currently is the Liberal party’s economy and immigration critic and is very outspoken about the importance of equality. Indeed, when asked by reporters if she identified herself as being a feminist, she proudly stated “absolutely, I’m feminist” (Fletcher, 2016).

Thank you Mrs. Anglade for empowering so many throughout your journey and for your great devotion and dedication towards your community!

JMWL's vision is to provide JMSB women with the tools and resources to succeed as business leaders while allowing our students to graduate with a better understanding of gender equality.

Welcome to our last #PersonalityOfTheMonth of the 2018-2019 academic year! We are thrilled to end our successful campaign with Marc-Alexandre Emond-Boisjoly, an inspiring business leader from Montreal and activist for gender equality. After finishing his Read more…

You may know him as your past COMM 210 professor teaching you about theories from Chandler, Barney, and Collins & Porras, or from COMM 401. However, you won’t find Guy Barbeau in your classes as Read more…

Welcome back to our first #PersonalityOfTheMonth for 2019! JMWL is honored to start off the year with the esteemed John Molson School of Business Dean, Dr. Anne-Marie Croteau. Croteau became the first female dean of Read more…