Feminism is the advocacy of women’s rights on the basis of gender equality. It refers to the belief that men and women are equal and deserve equality in all opportunities, including social, political, economic, and personal equality. While feminism is promoting women’s rights, anyone can be a feminist, and to different levels of degree. It is about empowering women to show that they are just as capable and deserving as men are.

How has feminism evolved over the years?

Feminism first emerged in the late 19th century when intellectuals began collectively protesting the inferior status of women. This first phase focused on acquiring greater political and legal rights for women such as the right to vote, the right to own property, and the right to an education. In the 1960s, feminist ideology broadened with new focuses on changing the role of women in family life, in the workplace, and on gaining reproductive rights for women. Feminism diversified in the 1990s by including women of different classes, ethnicities, cultures, and religions and focused on eliminating gender roles. Since then feminism has flourished, reaching a vast audience with the use of social media platforms.

If I am a male, can I identify myself as a feminist?

Anyone can be a feminist. By definition, feminism is based on the equality of the sexes, which is a human rights issue. It is, therefore, crucial that both men and women fight for this because equality can only be achieved if both parties (men and women) are part of the conversation. To contribute to the cause, men can promote gender equality through their daily actions, words and constant awareness of unconscious biases that one might have that go against gender equality.

What is the current status of women in leadership? Does the glass ceiling still exist?

Over the past decade, the number of women in leadership has significantly grown. Despite this progress, women are still marginalized in the workplace today: male leaders greatly outnumber women leaders. It is crucial to spread awareness and confront the barriers that make up this gap. To achieve gender equality in leadership, the first step is to educate the public on the reasons that lay behind gender inequality in the workplace, and work towards a gender inclusive and diverse workplace.

In doing so; the glass ceiling, which refers to the invisible upper corporate limit, that renders further advancement difficult or impossible for women and minorities, regardless of their skill and experience, will eventually be shattered.

What about feminism on the international level? How is it important to me?

Gender equality is a human right. Women are entitled to live with dignity and to have the freedom to do what they want without fear. Empowered women contribute to the advancement of society. The primary way to do so is by ensuring that all girls have the
opportunity to an education.

We can empower future generations to be educated, which can spread to great lengths. A decrease in child marriage, human trafficking and domestic/sexual violence can gradually be achieved by strengthening our girls. With the proper knowledge, many can improve their socioeconomic growth for the better including themselves, as well as, their families. Eventually, this can lead to more women in leadership positions. Women will be more visibly represented, which will empower even more girls all around the world. There is an ever-growing list of promising reasons for the importance for girls to require an education.

What is considered harassment in the workplace?

Harassment includes the following:
· Words, gestures, behaviour or physical contact of a sexual nature
· Usually occurs repeatedly, but can also be one serious incident
· Unwelcomed by the person targeted
· Has a negative effect on the work environment

These actions can be made by a manager, a co-worker, a client, an ex-employee; virtually anyone from an individual’s work entourage. Regardless of their position of power, sexual harassment is wrong and needs to be stopped before it escalates and spreads.

Who can I contact if I am having experiencing these troubles?

YOUR WORKPLACE
Speak to your manager or supervisor, if you wish to remain anonymous send a letter to your human resource department or contact your employee health and safety department.

We want to answer them! Shoot us a quick email here & we’ll get back to you real soon. 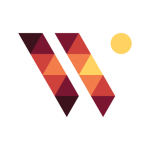